Commonly regarded as the most beautiful helmet style of all time was the "Corinthian" helmet. And, arguably, the most beautiful Corinthian helmet is the example now in the Munich Museum, known simply as "Denda," due to the owner's inscription inside. DIOSKOURIrecreated a similar helmet, using similar fabrication methods to the ancients. This helmet is one contiguous piece of cast bronze (no welds or seams), just like its late Classical Period cousin! We like to call it "The Dendaskouri."

•A quick note here • We believe the Greeks did NOT remove their crests in between battles in order to keep the hair from sagging, nor did they hang their helmets upside down to achieve this end. We believe they used a mixture of everyday kitchen ingredients, which (after drying) will keep the hair upright indefinitely. My crest was treated over three years ago and has not sagged a bit or been removed from the helmet, plus the hair still moves like it should. This "secret" formula, rediscovered byDIOSKOURI is what we like to call "oriental viagra," and for a small fee, we can treat your crest to react the same way. 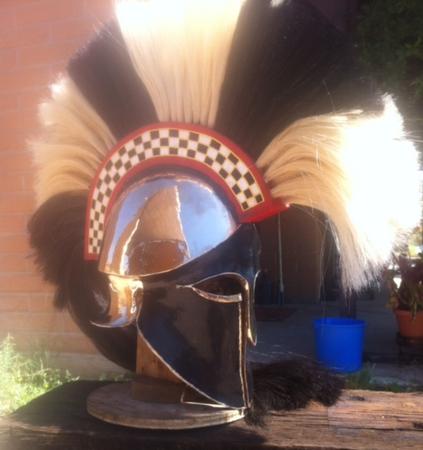 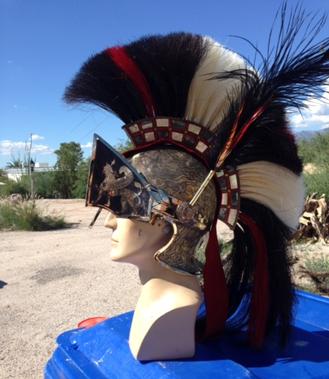 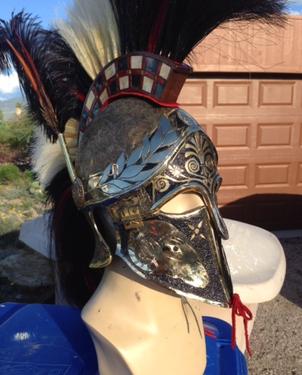 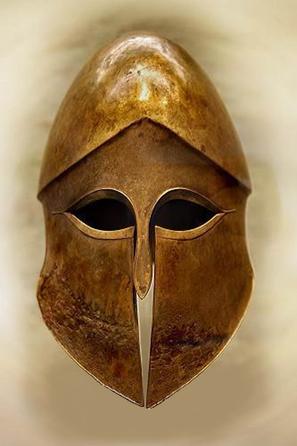 The first two images show the "wings" or cheek plates in the commonly depicted up position. The last image shows them down and tied.

Although commonly depicted on Greek pottery, but seldom (if ever) seen in living historian circles today, the "Winged Corinthian" helmet is a truly stunning helmet to behold! It's a grand example of what was known as "heroic" in ancient Greece. 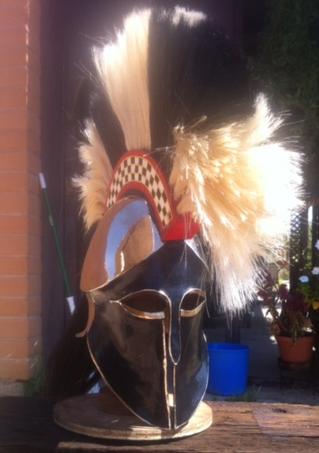 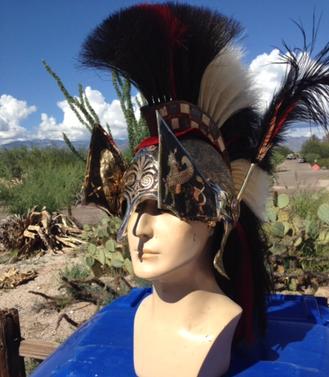 The first two images are of the "Dendaskouri" Corinthian. The last image is the beautiful ancient cousin, Denda.