​The artifacts themselves always vary, with no two being exactly alike; a true expression of the individually minded Greeks. So with reliance on only artifacts and literature, the two absolute sources, it can lead to extremely narrow interpretations of the period and can easily lead to completely wrong assumptions! There are two other factors that reenactors of all time periods always fail to consider:  the culture concerned and the aesthetics of the time, and the fact that history and time are populated with real people who lived and died. If you consider the following four categories and apply them to the ancient past, you will be 90% accurate no matter what you do…as long as none of these four rules conflict.
So, consider the following rules when reenacting the Greek Hoplite, and pay special attention to:

1. Artifacts - To include pottery, paintings, sculpture, and objects.
2. Literature- To include period literature in which a given thing or
event or person is described.
3. Culture/Aesthetic- Is it Greek? Is it made like, decorated like, or
needed in any part of the ancient Greek world?
4. Human consideration- Would a person make it or use it? Would
It be made correctly, and out of the materials available?

If you apply these rules to just about anything of the classical Greek period, of which little is known, you can steer clear of misinterpretations and stay on track to accuracy, for instance…

We know Hoplites wore armor.  It is all over the pottery (rule 1) and in the literature (rule 2). But, what is it made from? The literature is vague in that it never fully describes its properties or manufacture. Only bronze cuirasses remain as artifacts.
As supported by the artifacts of rule 1, we know the Greeks made their armor in a distinctive fashion and decorated them in a very Greek manner. It suited their aesthetic and made them separate and different from other cultures around them. It was also specialized for use in heavy Hoplite warfare.

However, perhaps most crucial in unraveling the mystery, what was it made of (rule 4)? Some people have argued for years, and against all logic, that the armor was made of glued layers of linen, using Homer as a crutch for this argument. However, rule 4 disallows the Homeric reference. Over 400 years separate Homer from the Classical Greeks! What kind of armor did we have 400 years ago? That would be like comparing combat troops in the modern world to Musketeers and pikemen of the 17th century!

The human factor tells us progress and innovation in warfare was, and still is, a never ending pursuit of man. So back to the armor's manufacture...what did the Greeks have ready and constant access too? Leather!  Leather from every kind of animal. Not just from food reduction but from endless sacrifices to the Gods. Leather and bronze armor is the only answer to fit all 4 rules. Comparing this conclusion with tomb finds of contemporary cultures to that of the Greeks and we see leather armors of different types in use elsewhere at the same time.

To properly honor, respect and recreate this time period, we must start to shape how you, the reenactor, view it, and to help you understand the subtle facts and vagaries that accompany such a long, distant time period.  While Civil War, Medieval, Roman and other time periods have a wealth of certain facts and knowledge, the Greeks left us much less to study. The literature is vast and profound, but rather slight on the details of the Greek warrior we find so fascinating. The artifacts that do exist only represent a scant 1-2% of all objects made in that time. 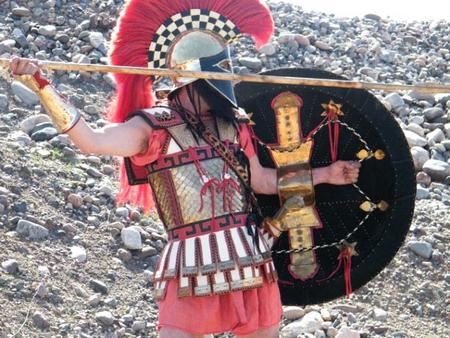 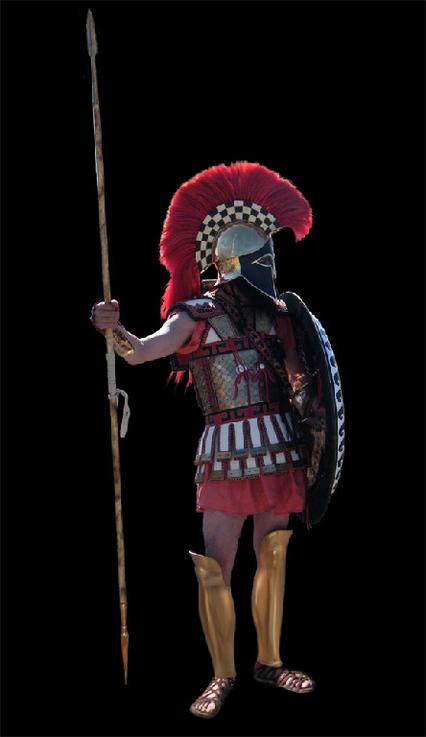 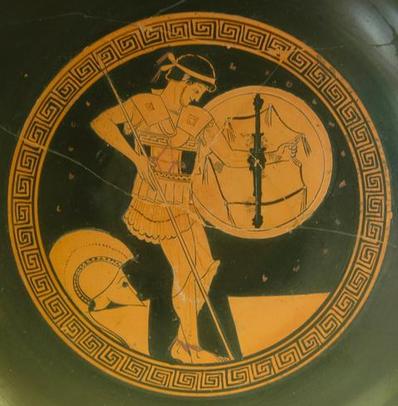 How was it made? While not strictly bound by the 4 rules, the answer is equally simple to arrive at. Leather craft has never changed. There were no specialized techniques the Greeks had nor was their leather different from ours today. Leather is leather, and as such, the methods and techniques have remained unchanged throughout time. Just as artefactual finds in the Agora showed archeologists that jewelry casting and manufacture in the Classical Period was not merely similar to, but exactly like how we make it today! The methods have remained unchanged as the materials are still the same.

Take the time to look at and study the artifacts as much as possible. Whenever you decide to strike off on your own and make your armor, helmet or other equipment; do not just copy armor from a pot. This leads us to having 500 Hoplites all wearing the 'Achilles pot' armor. Remember, only 1-2% remains of the Greeks. The Hoplite was an individual and would have made his own armor and equipment to suit his own tastes or reflect his family or state. No two would have been alike. Apply the 4 rules to whatever you are doing and you won't be led off to inaccuracy. Decide if it fits the artifacts that show it or the description the Greeks wrote, if it looks ancient Greek in style and material, and lastly, would a person have made it and would it have been useful. To meet the last rule in a clear way you'll have to always look at things like fit and finish, overall quality, reparability, and all the things a normal person today would consider. Just because they lived 2,000-3,000 years ago doesn't mean they thought differently than we do. In fact, rule 2, the literature, clearly shows all of us how very much like us they truly were. 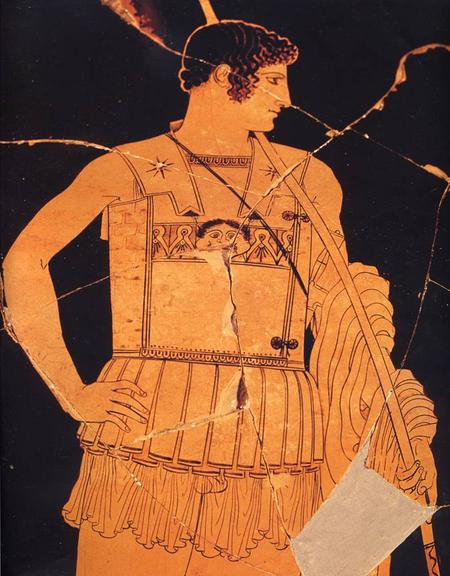 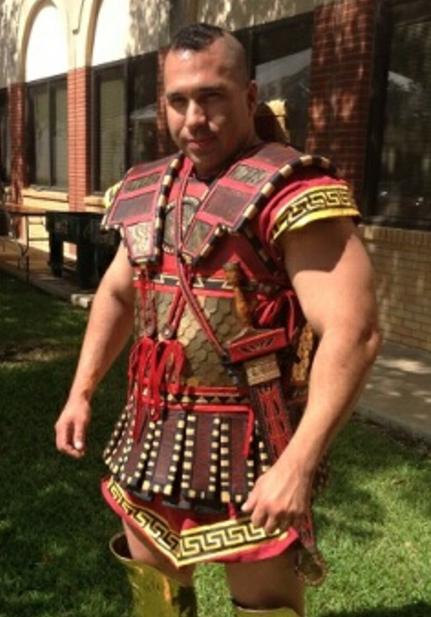 If you’re reading this website, it’s because you have or are developing a love for the Ancient Greek world. This time period contains a lifetime's worth of information to explore, though most visitors to this site will mostly be concerned with the Hoplite and all that makes him what and who he is.  To this end, the Ephorate has compiled and researched for many, many decades all the pertinent information and research that reenactors will likely find invaluable to this period. Rather than going out and buying low quality armor, a helmet, a superman cape, and then going out into the world; we invite you to consider all that made a Hoplite…a Hoplite. To live in his world, you should learn what he knew and what motivated him.


In recreating this time period, Hellenic enthusiasts are faced with some pretty large hills and obstacles to overcome. First and foremost, in any reenactor's mind--and their primary goal--must be accuracy! For many years, the Hoplite reenactment community has been growing at a steady, but very slow, rate. The temptations to cut corners and go out and be seen are very strong.